Visiting divers to our area are asking, “What is there to dive off Wrightsville Beach?” PLENTY!! We are fortunate to have access to a wide variety of sites, ranging from World War II wrecks to beautiful rock ledges. Here is a brief rundown of some of our favorite locations: 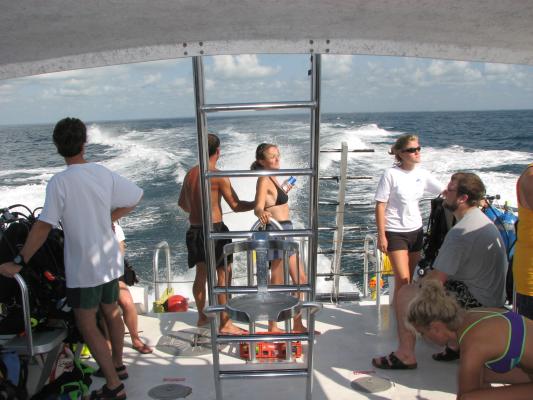 Sunk in 1974 as part of the artificial reef program, she is also referred to as the Liberty Ship. Over 400′ long, she rests in 50 feet of water. Many varieties of marine life are present, and there are plenty of nooks and crannies to explore. Visibility averages 10-15′ and occasionally reaches 30-40′. This site is one of our favorites for training. View Photos

These are but a few of the numerous rocky outcroppings that we are fortunate to have access to. Inshore ledges generally don’t have the vertical relief of the offshore ledges, however extended bottom times more than make up for the size. Sea life proliferates around ledges, and among other things, the offshore ledges have been known to house a lobster or two as well as some great game fish for spear fishermen. Over the years we have found new ledges that thrill divers and name them after some of our favorite female divers. View Stacey’s Ledge Photos View Sue’s Ledge Photos

Carrying a load of fire bricks, this steam powered barge sank in 60 feet of water. Unfortunately, not much more is known about this wreck. Visibility ranges in the 40-60′ category. Sea Turtles, amber jack, Barracuda, Grouper, Spanish Mackerel, and Green Eels are just a few of the species seen here. View Photos

These two tugs lie in close proximity to the Dredge Wreck and make a great second dive. Sunk as part of the artificial reef program several years ago, both tugs sit upright in the sand. Ease of navigation and astounding marine life make these sites a favorite night dive of the Aquatic Safaris crew. View Photos

The Hyde, a 215 ft ocean going hopper dredge, sits upright in 85ft of water 18 miles from Masonboro inlet. It was sunk by NC Division of Marine Fisheries in 1988, the same year the dive shop started. The Hyde is one of the most popular wrecks in our area. The ship, sitting upright on the bottom, makes it very easy to navigate. The deck is around 65-70 ft which makes this a good dive for a novice diver wanting a little more experience. During the summer months this wreck is well populated with sand tiger sharks, which make for incredible dives. View Photos

Sunk in the fall of 1995, this wreck is the latest and greatest addition to the artificial reef program. Sitting on her side in 80′ of water, her massive hull stretches to within 40 feet of the surface. The Markham has shown many of us how fast the ocean can make art of iron. Marine life including schools of bait fish, amber jack, mackerels and barracuda, as well as the occasional Sand Tiger Shark, make this dive a must-see!! View Photos 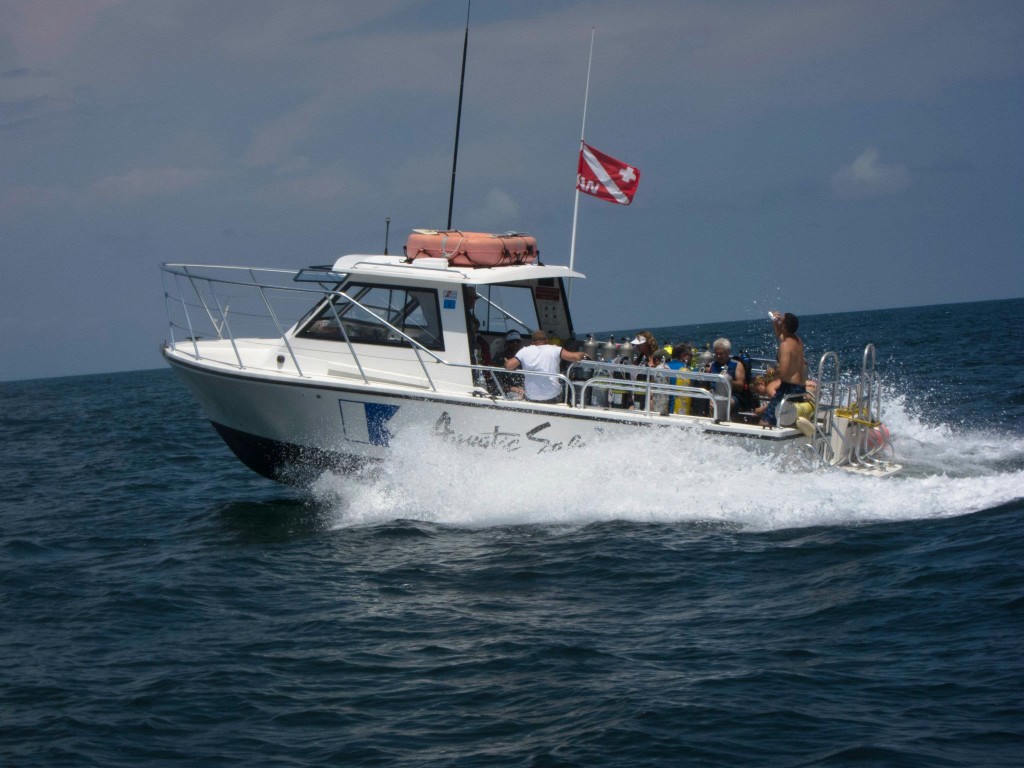 Also known as WR-4, the Gill was sunk March 14, 1942 by U-158. She now rests in 90′ of water with her large deck section rising to within 60′ of the surface. Space prevents us from adequately describing just how good this dive is, so don’t take our word for it, visit her yourself!! Visibility is rarely less than 40′, and 60-80′ is more the rule here than the exception.; Tropical fish, Rays, Sea Turtles, Corals, Grouper, and Barracuda of what can be seen here, not to mention that it seems every summer someone brings up an overlooked piece of brass. This is a definite MUST DIVE!! View Photos

This wreck was sunk on February 26th 1942 by a collision with the tanker R.P. Resor. Today she rests in about 118 ft of water. The parts of the wreck that are most notable are the stern section that lies over on its side as well as the “columns to nowhere” that once supported the deck. The bow lies ahead, and points to the surface, over a short sandy section so the wreck is not completely continuous. Marine life is abundant and the wreck is beautiful. It is a must see to be sure. The Stern has the most vertical relief of anywhere on the site. If you have yet to dive her, add this wreck to your dive list. View Photos

This wreck went down January 17, 1924 from the forces of mother nature. This Danish freighter encountered a fierce storm that proved too much for her hull and pumps to handle. Today most of the hull has been torn away and the vertical relief is lower than that of the Cassimir, but age of the wreck means marine life is exceptional. The dominant features of the wreck are the engine and boilers. This is considered by many of us to be the “prettiest” of the wrecks we commonly dive. The depth is a little shallower than the Cassimir even though it is in fairly close proximity. View Photos Click here to view our charter policy, and click here for our boat policy.